The Role of Management in Preparing for Corporate Tax:

The United Arab Emirates issued Federal Decree-Law No. 47 of 2022 on the Taxation of Corporations and Businesses, as it enters into force 15 days after its publication in the Official Gazette. Below is some important information that were set out in the law and preliminary explanations issued by the Ministry of Finance and the Federal Tax Authority with the aim of shedding light on the companies’ administrations to be prepared mathematically and administratively to comply with the law in order to avoid any fines or violations that may be inflicted on the companies and to ensure the reduction of tax burdens. The information was formulated in the form of a question and answer based on the questions we receive from the companies’ managers and for the ease of implementation and practical application.

Article No. 69 of the Decree-Law stated that the date of application of the law is for tax periods beginning on or after June 1, 2023.

According to Article No. 51 of the Decree-Law, every company that is subject Corporate Tax must register with the Federal Tax Authority, provided that the tax registration takes place before submitting the first tax return.

As set out in Article No. 53 of the Decree-Law, the taxable company must submit the tax return no later than 9 months from the date of the end of the tax period.

Article No. 3 of the Decree-Law reads that the tax is imposed at 0% on taxable income (company profits after adjustment) that does not exceed AED375,000, and the amount will be confirmed according to the Cabinet Decision, and 9% on the amount that exceeds the abovementioned amount.

Income generated in the State by non-residents and any other income as determined by the Cabinet is subject to the tax withheld at the source, but at a rate of 0% in accordance with Article No. 45 of the Decree-Law.

According to Article 11 of the Decree-Law, Corporate Tax is imposed on natural persons carrying on business, provided that a decision is issued by the Cabinet clarifying the businesses that are subject to tax. Regarding salaries, the instructions issued by the Federal Tax Authority indicated that they will not be subject to Corporate Tax, in addition to exempted incomes in general according to Article 22 such as income generated from stock dividends and distributed dividends.

Regarding management salaries, the basic rule of deductible expenses must be considered, and whether the salary is linked entirely and exclusively to the businesses. Furthermore, chapter (10) of the Decree-Law must be considered in transactions between related parties and related persons, which provides that transactions shall be carried out according to the neutral price principle by any of the applicable transfer pricing methods stipulated in the Decree-Law.

As previously mentioned, tax is imposed on taxable income (profits after adjustment), and tax is calculated at the aforementioned rate on taxable income. In the absence of a positive income, there will be no entitlement to pay tax. Regarding carrying forward losses, Article No. 37 of the Decree Law on Tax Loss Facilities stated that losses realized after the entry into force of the law may be deducted up to a maximum of 75% of the taxable income for the subsequent years in which positive taxable income (profits) were achieved according to specified conditions by the law.

According to Chapter (5) of the Decree-Law on persons in free zones, companies in free zones remain under the scope of the tax law, but they have taxincentives that distinguish them in the event that the companies qualify according to conditions such as having a realistic presence in the State and achieving qualified income that will be defined in the Cabinet’s Decision.

In Article (11), the Decree-Law laid down that the taxable ones take either the form of a resident or a non-resident. Accordingly, the case of the foreign company must be studied from this classification and the question that is raised here is whether the company is managed from within the State in order to be considered a resident, or it has a permanent establishment, so it is considered a non-resident. The same is the case with achieving a sourced income in the State. Therefore, the position of the foreign company must be considered in order to describe how it is subject to the Companies Act.

Chapter (12) in the Decree-Law singled out the terms and conditions under which a number of companies may be considered a tax group and the facilities for transferring losses and preparing consolidated financial statements. Among such conditions are the parent company owning 95% of the subsidiary company and that the group companies be legal residents.

Keeping regular accounts for companies is a basic requirement not only for the Corporate Tax Law, but also for several laws in force, such as the Corporate Act. Keeping accounts is the basic pillar on which taxable income (profits after adjustment) is calculated. This is provided for in Article No. 20 of the Decree-Law that defining the taxable income comes on the basis of appropriate and independent financial statements prepared in accordance with the accounting standards accepted in the State. With regard to preparing audited financial statements for companies, Article No. 54 of the Decree-Law states that the Minister of Finance may issue a decision ordering taxpayer to prepare audited financial statements.

Article No. 21 of the Decree Law stated the facilities for small businesses, in which the resident may elect that he did not achieve any taxable income for a tax period, according to conditions that will be determined by the Minister of Finance by a decision issued by him. However, if the resident chooses these facilities, some exemptions and other facilities mentioned in the law will be reduced such as exempted income and carrying forward losses.

Similar to the Value Added Tax Law and the Excise Tax Law, the Tax Procedures Law defines fines and violations for non-compliance by companies and individuals with corporate tax, as laid down in Article No. 60 of the Decree-Law.

In short, we would like to point out that the above is a brief initial information about Corporate Tax, and therefore we note that for the purpose of making an administrative decision, specialized professional advice should be sought specific to the tax situation for each case aside, and not to rely only on the general information mentioned above. 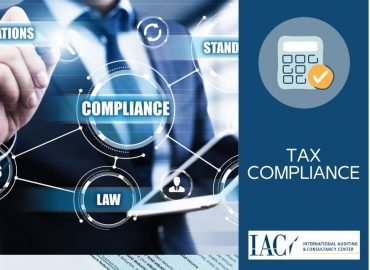 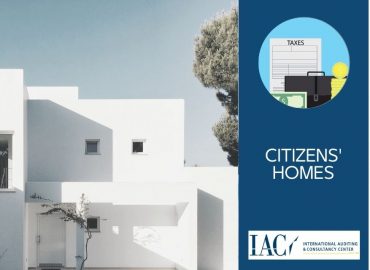